Marianne Fassler: The Queen of Print
Skip to content

Marianne Fassler: The Queen of Print 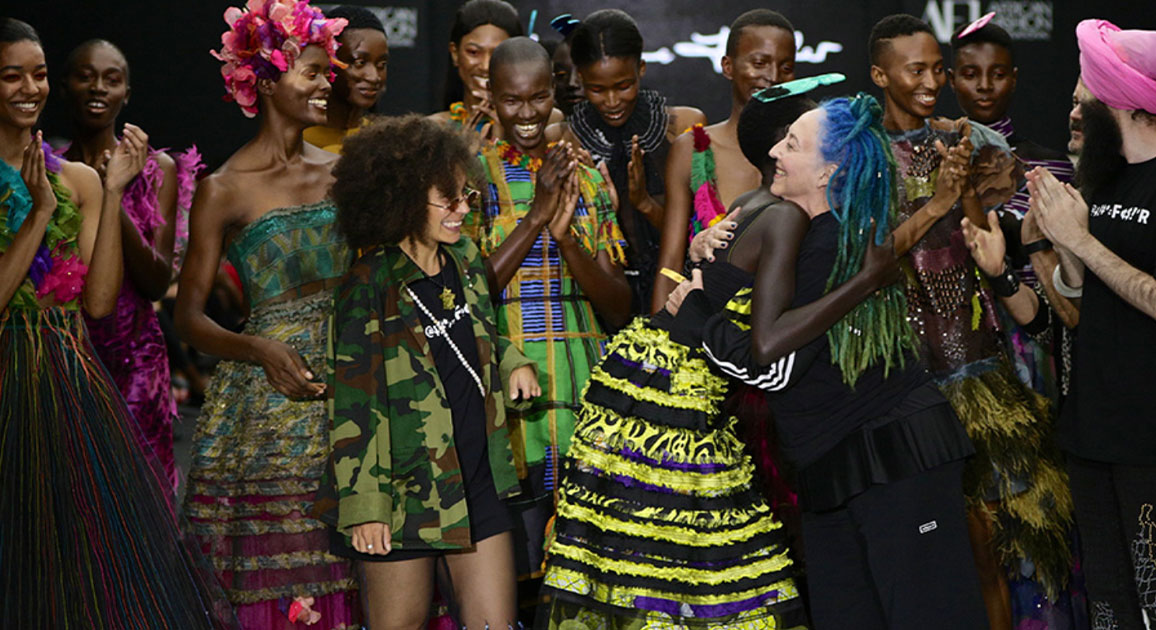 In a recent interview with the Sunday Times, Marianne Fassler talks about her design process, her love of print and her latest collection – Untamed – which was recently featured during AFI Fashion Week in Cape Town. Her Untamed collection affirms the brand’s DNA and falls within the Leopard Frock brand effortlessly.

She describes the process of creating her designs as very organic, and often begins with inspiration taken from the city streets of Johannesburg and the Eastern Cape. Fassler then goes on to making small sketches, followed by allowing her trusted team to finesse and “do their bit.”

She defines herself as a strong and decisive editor and is of course the visionary and originator of each and every piece. However, when it comes to styling, Fassler adapts her work ethic to allow less restraints and more creative freedom to flow.

When it comes to print on print, her belief is that mixing and matching is at its most effective when the combinations are unpredictable and uncomfortably paired. When she talks about her own personal style, she admits that she refuses to wear a strong print with a plain fabric – Fassler simply believes it just doesn’t look right.

For those who are a little shy and are skeptical about wearing print, the designer suggests that you start with some eternals. For example, small polka dots and stripes could be paired together with florals, or maybe even lace?

Marianne Fassler does not design fabrics – she enhances them, unpacks them and disrupts the already existing prints to create something unique, beautiful and genuine to her brand.