Miley’s Fashion Screams: ‘This Pussy Bites Back’
Skip to content 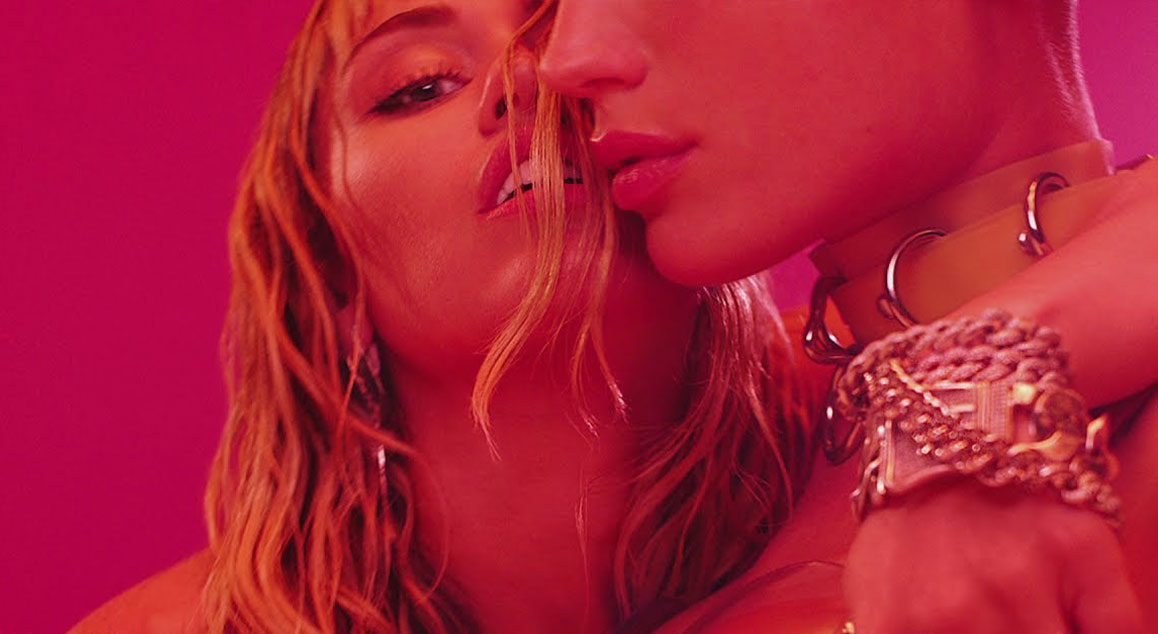 In true Miley style she has broken the internet and dominated the headlines. Three days ago the singer released her new single ‘Mother’s Daughter’ and to say that the music video is overloaded with political and feminist statements is the understatement of the century.

Empowering messages and statements continuously flash across the screen while a vast cast of celebrities and influencers stand up for their rights and beliefs in this artistic masterpiece.

“Don’t Fuck with My Freedom”

The fashion in this 3 minute video is unbelievable, with the most jaw-dropping and powerful look being Miley’s skintight latex suit with razor sharp teeth closing in around her vagina. The message is confrontational and ‘in your face’ and quite blatantly screams: ‘This Pussy Bites Back.”

This outfit in particular is a big fuck you to Trump who previously made the statement: “You know, I’m automatically attracted to beautiful [women] — I just start kissing them. It’s like a magnet. Just kiss. I don’t even wait. And when you’re a star, they let you do it. You can do anything. Grab ’em by the pussy. You can do anything.”

The day before the music video was released Miley Cyrus posted to social media saying, “@almacyber & I wrote a bad ass feminist anthem called Mother’s Daughter and I am dropping the music video tomorrow 7/2! Beware it’s the SHIT just like all the bad ass women starring alongside muah!”