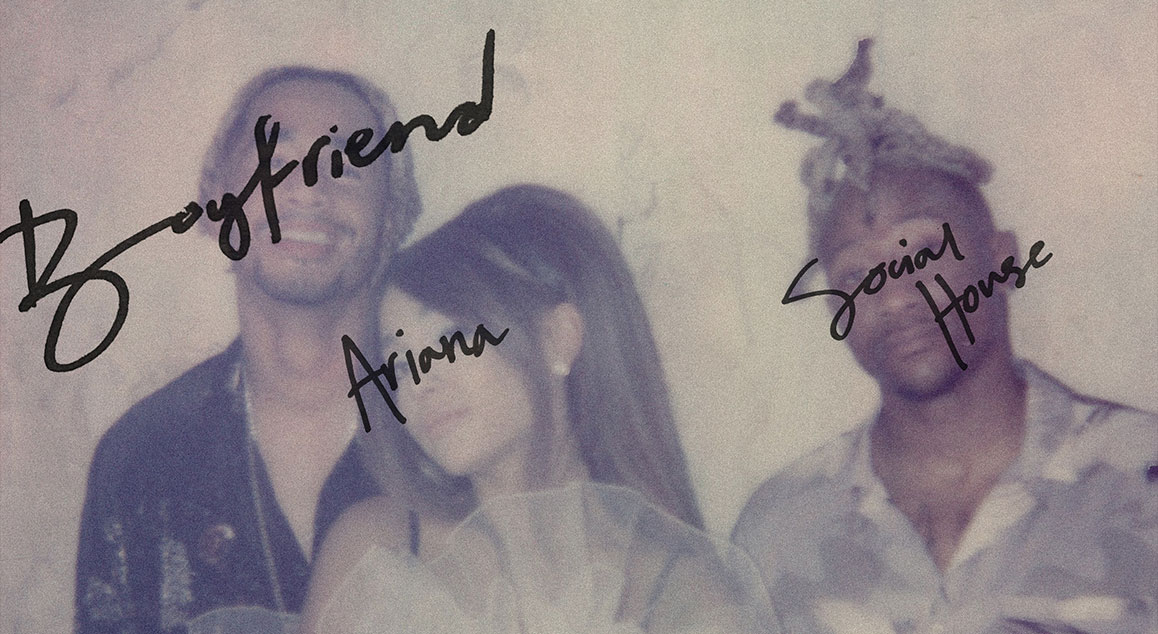 As we all know, Ariana Grande is officially the new face of Givenchy. The luxury fashion house released the campaign with the A-list singer in the middle of last month after weeks of teasing on social media – the trending hashtag being #Arivenchy. Grande was photographed by Craig McDean in the Givenchy fall/winter 2019 collection.

Ariana’s love of the brand goes above and beyond her campaign for the luxury label and you can see her dressed in two gorgeous Givenchy looks in her latest music video (that dropped today) for her single “Boyfriend,” which she collaborated and created with Social House.

Ari owns the room in a chic check power suit and bralette with simple black, platform heels. In this look she goes on to shoot a cross bow and blast neon hearts out of her chest for the man she wants all to herself. In the slightly more mellow, romantic scenes, Ariana dons a gorgeous black and white ruffle dress. This look has gone viral on social media and is definitely going to go down as iconic.

Grande has seriously upped her game over the past year and is continuing to drop top hit after hit. In under 8 hours of her new video being released she has already had over 5.5 million views on YouTube. Everyone is keeping a close eye on Ari when it comes to her style and it’s safe to say that whatever she wears, everyone else is going to be following in her footsteps.