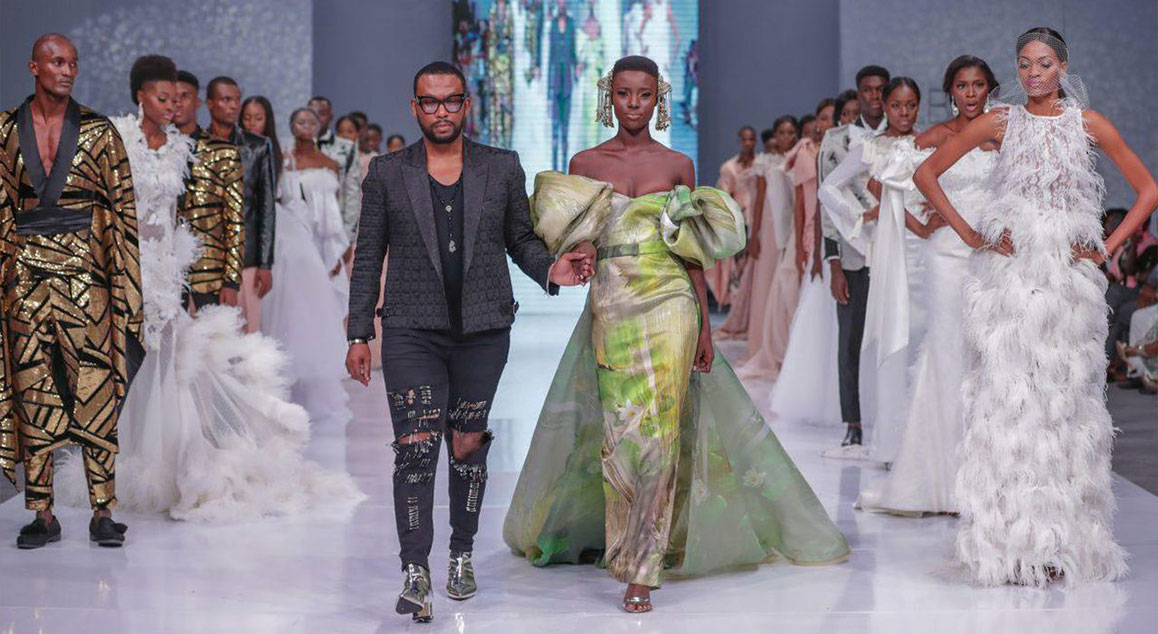 One of Style Authority’s most loved and featured designers, David Tlale, has consistently delivered 15 years of immaculate creativity, innovative thinking and high quality, luxury design – and it’s time to celebrate!

To state the obvious, David Tlale is one of the most successful designers to have emerged from South Africa. Born and raised in the township of Vosloorus in Johannesburg, he has embraced his heritage, dedicated himself to his work and stayed true to his brand. To prove that there is no holding him back, he now continues to fly our SA flag high across the globe.

In celebration of his enormous achievements, he will be a hosting a Fashion Show tomorrow on the 8th June, at Vosloorus Civic centre. The show is named the ‘Tlale Vosloo to New York.’ Be sure to stay up-to-date by following the hashtag #TlaleVosloo2NewYork.

The talented designer has showcased his collections, not only during South African Fashion Week, but New York Fashion Week and Paris Fashion Week as well. In addition to his world class runway shows, Tlale has also designed collections for major retailers (such as Edgars), and has taken the initiative to help young designers learn, flourish and thrive through ‘The Intern by David Tlale’ programme.

Tomorrow’s event will not be just a regular show. The #TlaleVosloo2NewYork Fashion Show will be a live documentary of David Tlale’s journey on how he started as a designer 15 years ago to where he is now.